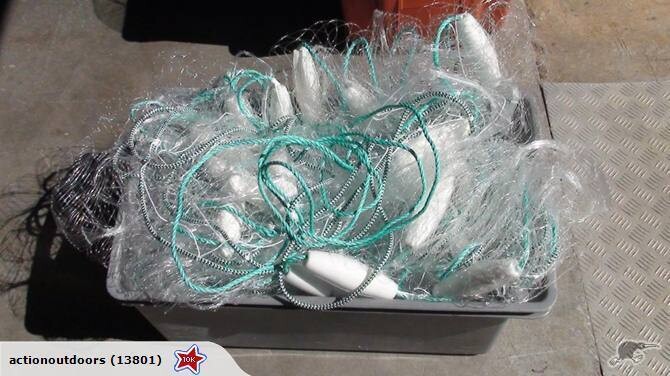 Action Fishing Nets are of the highest quality and slung/mounted to catch the most amount of fish for a given length.
Hi These nets are made for places like the Waikato River, these nets are designed to float on the surface.
This allows nets to avoid rocks, sunken trees, weed and other fish like stingrays that could damage your net on the bottom.
These nets need water deeper than 2.5m to float. less than 2.5m they are like any other set net as the braided lead core sinking rope will be on the bottom river bed.
Mullet In New Zealand, they are usually found in coastal waters around the North Island, particularly in shallow muddy harbours, mangrove swamps, and river estuaries.
Some swim up rivers into freshwater.
FISHING METHODS
Grey mullet are caught year-round, but mainly from November to March and mainly around the north of the North Island, usually in set nets and beach seines.
DID YOU KNOW
Grey mullet are known to travel as far as the Karapiro dam up the Waikato river, and to Te Kuiti in the neighbouring Waipa river. However, they must return to the sea to spawn.
SUSTAINABILITY

Grey mullet are distributed worldwide and have been fished by customary, commercial and recreational fishers for over 100 years. Overseas and New Zealand tagging studies indicate complex movement patterns in adult populations: some schools remain in one locality, while others appear to be on the move almost continuously. Assessing abundance using commercial catch rates has proved problematic, but daily catch rates in the main net and beach seine fishery have been stable over recent decades.

Save this product for later
Display prices in: NZD